Hymenoplasty (reconstruction of the hymen without visible trace): conducted under local anaesthetic without hospitalisation, the reconstruction is solid after one month.

Liposuction of the pubic area for eliminating the fatty deposits above the pubic hair.

Reduction labioplasty or nymphoplasty consists in reducing the size of the labia minora considered to be overdeveloped.

The excess labia minora may be considered unsightly by some and may sometimes even give rise to functional discomfort in daily life (sporting activities, sexual relations, etc.), The operation then involves resection of the excess skin. The scar may be longitudinal (longitudinal technique) or transversal (“Wedge resection”), depending on the morphology of each patient. A nymphoplasty is conducted on an outpatient basis (admission to the clinic in the morning and discharge the same day) under local or general anaesthetic according to individual preference. The stitches are resorbable and disappear in only 3 weeks.

If there is excess skin on the clitoral hood a clitoridoplasty may be combined with the treatment.

RECONSTRUCTION OF THE HYMEN

Hymenoplasty or reconstruction of the hymen is an operation which is aimed at restoring the integrity of the hymen and regain the same autonomy as when the patient was a virgin. Whatever the reason for this reconstruction, it may be conducted at any age and regardless of the number of previous sexual relations. The operation is conducted on an outpatient basis under local or general anaesthetic, according to wishes of the patient.

The suture stitches used are resorbed in 3 weeks. Showering may be resumed the day after the operation. There is no real pain. A check-up 3 weeks postoperatively will enable the outcome of the surgery to be examined.

LIPOSUCTION OF THE PUBIC AREA OR MOUND OF VENUS

As elsewhere on the body, fat can accumulate in the pubic area, the part of the body between the sexual organs and the lower abdomen, also called the mound of Venus in women, which can be very embarrassing, particularly when the woman is naked or wearing a swimsuit. It may be subjected to liposuction as in other fatty areas of the body.

BEFORE THE PUBIC LIPOSUCTION OPERATION

Like all other Cosmetic Surgery operations, a cooling-off period is necessary before considering this operation.
During the consultation the surgeon will take great pains to establish the exact requirements of the patient. Consideration must also be given to the anatomy of the abdominal region.

In some cases there may be good reason to conduct this liposuction of the Mound of Venus whilst performing an abdominoplasty.

The surgical technique consists in sucking off the excess fat through a fine cannula. The amount of fat to be removed depends on the excess fat present and the requirements of the patient. In theory this operation may be carried
out under local anaesthetic, but in practice it is often performed under short-term general anaesthetic because this is a rather sensitive area and because of the delicate location.

AFTER THE PUBIC LIPOSUCTION OPERATION

This operation can be conducted in the outpatient surgery department. In most cases the postoperative sequelae are simple in nature. It is recommended that the patient wear a panty girdle for about 4 weeks after the liposuction.

It should be noted that this liposuction of the Mound of Venus normally gives rise to a major oedema in the vulvar region, which remains swollen for around a fortnight. Showers are permitted from the day after the operation onwards, but sexual intercourse are not recommended for 2 to 3 weeks. In the overwhelming majority of cases the patients consider the result satisfactory or highly satisfactory. The scar is normally extremely discrete. The patient should know that the oedema will last for one to three months and that it takes about six months to achieve the end result of this operation. 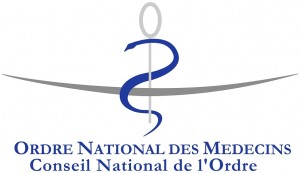 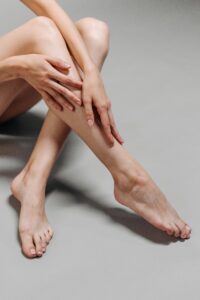